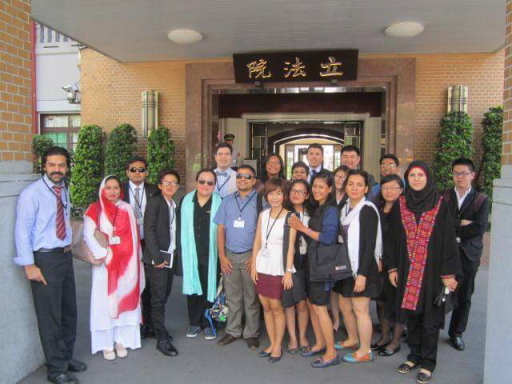 Research Coordinator, Luthfi Widagdo Eddyono, accepted for the Taiwan Foundation for Democracy’s 2015 Asia Young Leaders for Democracy (AYLD) Program. After a rigorous selection process involving applicants from 25 countries, Luthfi joined other distinguished young leaders in Taipei for the program between August 9 and August 22, 2015. The program features lectures by eminent scholars and practitioners in the fields of human rights and democracy.

The Taiwan Foundation for Democracy (TFD) was established with an inter-related, two-tracked mission in mind. Domestically, the TFD strives to play a positive role in consolidating Taiwan’s democracy and fortifying its commitment to human rights; internationally, the Foundation hopes to become a strong link in the world? democratic network, joining forces with related organizations around the world. Through the years, Taiwan has received valuable long-term assistance and stalwart support from the international community, and it is now time to repay that community for all of its efforts.